Consuming more of fresh fruits and vegetables decreases your chance of developing cancer. Increased intake of processed meat products such as sausages, bacon and the like also increases your chances of developing one. Daily exercise and maintaining a normal body weight will decrease your chance of having malignancies. These are healthy advices that a person may have heard at least once in his or her lifetime and may think that this is overrated. A latest study in Britain has showed that reality is rather different to what we have thought of it since there is an alarming proportion if Britain’s population that is unaware to these simple truths. It was in January 2009 that this survey was conducted having been ordered by the World Cancer Research Fund or WCRF and 1,968 adults took part in this survey and it was found out that 41% of the participants were not conscious that there is an increased risk for cancer when an individual has a poor diet. 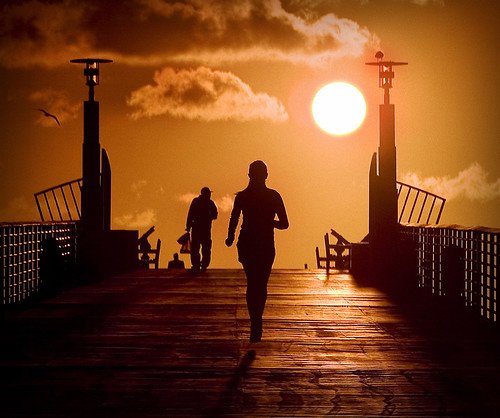 One hundred fifty grams of processed meat products can increase a person in developing colon cancer to 63% according to WCRF. Though 70% of participants in the study were unaware of connection between processed meat and cancer; 44% of them is oblivious to the fact that overweight people increase cancer risks and those not aware that lack of exercise can increase cancer risks were 58%.

The first reason why this statistic is quite disturbing is because reasons like being overweight, lack of exercise and poor diet play a major role in the development of cancer. Second, it will also predispose a person to develop other harmful diseases.

Preventive education should be focused more in this fight against cancer. According to Henry Scowcroft who is the science information manager at Cancer Research UK, it is essential for the need to increase the awareness on how lifestyle plays a big part in the development in cancer.

Britain may be the area of the actual survey but it may somewhat happen globally and drift in the United States and other countries and the results would not be actually different. Fortunately, people do listen when these issues are addressed and according to other surveys conducted there have been lifestyle changes when it comes to food intake and level of physical activity done by individuals. With the continuing education the public receives it will eventually lead to a healthier population.

Like the saying goes, “garbage in, garbage out.” Whatever you put in into your body comes out at a later time. It all depends now on fate how exactly those things turn out to be.